The Tears of the Black Man By Alain Mabanckou 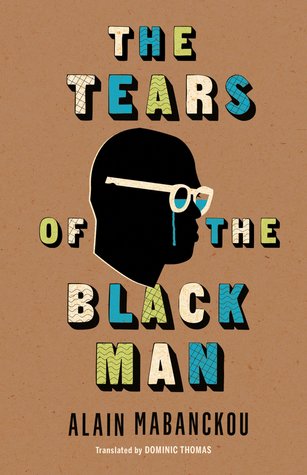 Alain Mabanckou is an author that I used to ignore when I went to the bookshop…until I started learning French a few months ago and he kept popping up in our textbooks as one of the most celebrated francophone authors.  So I bought, read and enjoyed  The Lights of Pointe -Noire (Lumieres de Pointe-Noire) but this post is not about that…but it definitely got me on the lookout for more of his works.  Well, this reader purchased The Tears of the Black Man (Le Sanglot de l’Homme Noir) just because of the author’s name.

In this tiny essay collection, the author examines what it means to be black in a globalised world by citing anecdotes from his life in Congo-Brazzaville, France and the US. Mabanckou seems to have struck an unpopular chord with some people in the literal world because he believes that Africa should no longer cling to the narratives of victimhood and blame its colonisers for all its ills.  He does agree that many atrocities like slave trade occurred under Western rule and Africans were robbed of their national treasures. Nonetheless, clinging onto a “Phantom Africa“, a continent that shoulda-coulda-woulda have been without colonial rule does not solve the problem. Instead, we should focus on dealing with the current issues that we face as a continent.

This part of the essay collection provided me with much food for thought and made me curious about the lasting legacies of colonial rule across developing countries in Africa and Asia.  As I went about researching other countries, I was impressed by South Korea’s economic development story. After attaining independence from Japan in 1945, dealing with the Korean War (1950-1953), by the end of the 1960s, it stopped relying on economic aid (ODA) from the US and UN. In contrast, most African countries are still heavily reliant ODA 30-50 years after independence and some are aid recipients from South Korea. Korean’s example reinforced my congruence with Mabanckou’s arguments.

Other bits that struck me in the short essay collection:

On Black Identity/ Living in the Diaspora:

In my book, Letter to Jimmy,  I pointed out how Africans basically don’t know each other. Africa is so diverse and fragmented, cultures are not automatically living in the same from one country to the next…Blacks Living in France, in Europe even are strangers to one another; they don’t have a shared consciousness founded on any kind of logic other than skin color, or a sense of belonging to the same continent or Black diaspora.

To write without France? The majority of francophone sub-Saharan African Authors, if they even have a mother tongue are incapable fo writing without it. Many of these languages are still oral languages. The governments in these countries should, of course, implement linguistic policies…I have already said this elsewhere: if indeed when an old person dies in Africa it is the same thing as a library burning, then the question remains is which old person and which library, since there are still plenty of old fools on this planet!

This is a tiny volume that CAN’T be read in one sitting.

Trust me. I tried.

There was so much to ponder on and my heavily annotated copy is (inanimately) living proof.

Will I read more of his work?  I already have  Tomorrow, I’ll be Twenty (Demain, j’aurai vingt ans) on my nightstand waiting to be cracked open.  As a reader, I definitely need more wit, sarcasm, bluntness and a different perspective about the African continent