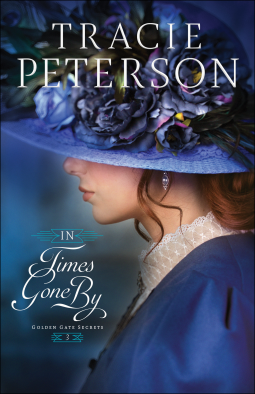 In Times Gone By opens with the San Franciscan residents dealing with the aftermath of the 1906 earthquake. Kenzie Gilford is also slowly recovering from her personal earthquake of being left at the altar. Dr  Micah Fisher believes that Kenzie is the woman for him but struggles with convincing her. Their relationship is rocked with the reappearance of her ex-fiance, Arthur Morgan, full of apologies and determined to win back. Hmmm..who will Kenzie give her heart to?

Despite being the third book in the Golden Gate Series (which I didn’t know), In Times Gone By can be read as a standalone. Kenzie and Micah are the central characters but their friends also provide fodder for the book. The characters were well-fleshed out and dialogue between the characters was natural. The romance was sweet without being cheesy. It was great to read about the 1906 San Francisco Earthquake which I am not well versed with. Peterson brings out the emerging issues of the tragedy without making the reader feel like the characters live in a bubble.

This is my first Tracie Peterson book and I am definitely looking forward to reading more from her.