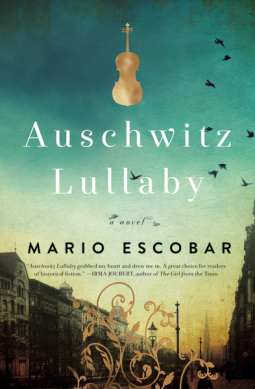 Despite being of Aryan descendent, Helene is not able to get her Gypsy husband and five children spared in Hitler’s Germany. Hence, she joins her family when deported to Auschwitz-Birkenau. Her decision baffles Nazi officials: Aryan women were regarded as baby-making machines. Being detached from her gyspy connections, she would easily be able to raise another pure race family with an Aryan man.

To keep herself sane and ensure the safety of her children Helene works at the camp’s hospital as a nurse. Eventually appointed by Herr Doktor Mengele to head the camp’s kindergarten. In this vantage position, Helene is not blind to the ongoing atrocities but seeks to collabotrate with her captors for the sake of her children with the hope that they will soon be freed by the Allied forces or Russians.

I was intrigued by Helene’s story as I rarely encounter stories about interracial relationships and gypsies in this popular sub-genre. Many books tend to focus on the European Jews and lesser focus is on the minorities that suffered under the Nazis.

One thing that I found amiss in this book was the symbolism of the title, Auschwitz Lullaby. Yes, there are mentions of a lullaby in the book at least three times. But I felt that it was not pronounced. We get to know that Johann and Blaz (their first-born son) aare musicians but there are not linked to the lullaby. Hence, I theorised; the prisoners were soothed to the work-life rhythms of the concentration camps which led them to their eventual sleep-death. Hence, my favourite line in the book was “Exhaustion is time’s best friend. It lets us turn the pages quickly like in a bad book.”

I am not sure why this book was tagged as Christian Fiction, because the characters do not practise their faith apart from the mention of Helene’s Christian background and eventual lack of church attendance, which is seemingly after the birth of her twins and judgement over her unconventional marriage. Though, despite the circumstance, this can be labelled “clean fiction”.

The book seems well-researched and Mario Escobar attempts to highlight the motives in this fictionalised account. Overall, Auschwitz Lullaby would be great for anyone to read more about the WWII atrocities and would like to know a bit more about the infamous Dr Mengele.

Books to Read on WWII and the Holocaust

The Prague Sonata by Bradford Morrow

Book Review: Salt to the Sea

Note: This book was provided by Thomas Nelson via NetGalley. All opinions expressed are my own.