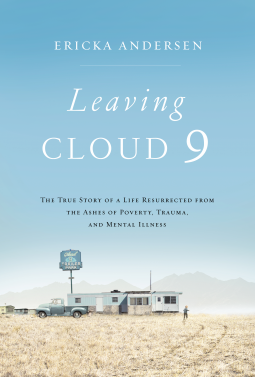 Title: Leaving Cloud 9: The True Story of a Life Resurrected from the Ashes of Poverty, Trauma and Mental Illness

Rick Sylvester had the kind of childhood that no one would ever wish on their worst enemy.  Abandoned by their father at the age of two,  Rick and his sister are raised by their alcoholic mother in a rundown trailer park. With memories of his mother’s shoplifting, an endless stream of boyfriends, drug abuse and undiagnosed mental illness, Rick strives not to follow in his mother’s footsteps.  Written by Rick’s wife, Ericka, Leaving Cloud 9 lesser-told story about poverty among White Americans through Rick’s grief and suffering an eventual redemption.

This was not an easy book to read given the salient issues that it addresses.  Readers will empathise with Rick while seeing him through his wife’s eyes.  The author also balances Rick’s story while interspersing American socio-economic facts. Leaving Cloud 9 brings to the forefront issues that are lesser discussed in Christian circles. particularly mental illnesses and would be a great conversation starter.

Note: This book was provided by the Publisher via NetGalley