One of my most vivid memories of growing up in the 90s in Kenya was spending my Sundays watching Indian shows like Junoon. Indian culture fascinates me because it is seemingly part of Kenyan everyday life from the masala tea, chapati, samosa, chevda (I had to mention all my favourite foods) but yet I barely understand Indian-Kenyans as a people.  So as part of my efforts to address my literary blindspots, I was excited to pick up Ghachar Ghochar and Memoirs of a Muhindi when they showed in my Netgalley feed. 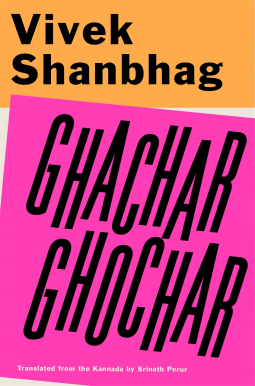 Ghachar Ghochar-a nonsensical phrase-is a fictional tale told by an unnamed narrator who reflects on his family’s journey from rags to riches. He dives into dynamic shifts in the family relationships with their new status, particularly when the narrator and sister- Malati come of age and ready for(arranged) marriages.

I found this quick but atmospheric read and I could picture this story playing out in a typical Bollywood scene (sans the 15-minute dance session) in my imagination. I would definitely recommend that this book for someone looking for a family drama with an unlikely ending…that’s all that I am going to say. I will definitely be looking forward to reading more from Shanbhag. 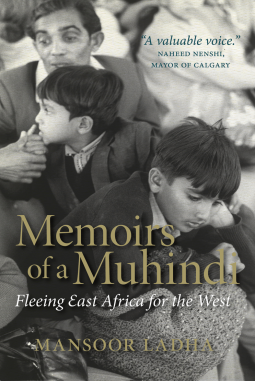 Title: Memoirs of a Muhindi: Fleeing East Africa for the West

Just a few days (actually hours before), I had just completed Mansoor Ladha’s book, Memoirs of a Muhindi. Just to clarify, Muhindi is the Swahili for Indian. This memoir documents Ladha’s life as a third-generation Indian immigrant in Tanzania. His grandfather and other Indians made dangerous trips across the Indian ocean on dhows to make their fortune in East Africa.

Historical note: most of East Africa was largely colonised by the British and Germans. Following, the Treaty of Versailles Germany had to give up Tanganyika to Britain as part of the repercussions of instigating WWI. Tanganyika became Tanzania in the 1960s when it was joined with the islands of Zanzibar.

Ladha weaves his life into the socio-political circumstances and how he and his family migrated to other parts of the world following Nyerere’s move to nationalise private businesses. From my vague recollection of Tanzanian history, I was not aware that the Late Nyerere was an ardent follower of Maoist teachings and was leading not only an economic but also a cultural revolution.

It was interesting to read about an Indian-African’s experiences when the EA region was experiencing the nationalist movement in the 1960s and 1970s. I am glad that he shares how he was appreciated and maintained relationships with “indigenous” Africans especially in his university years- at a time where racial segregation was quite evident. His story brought to life my high school history knowledge which was mostly rote learning of dates, places and events. Though, ethnicity is still a rife topic in EA as it has taken many years for Asians/Indians to be recognised as a legitimate tribe in Kenya.

Nonetheless, I found the descriptive blurbs on Goodreads and Netgalley to be a bit misleading- because I originally thought Ladha was originally migrated to the West. That said I was appreciated that he talked about the Amin dictatorship and his short stint at Nation Media  Group in Nairobi.

Overall, I am really glad that publishers on Netgalley allowed me to read these fantastic books that provided me with glimpses into Indian culture. I am definitely open to reading more about Indian-Africans, especially in Kenya.

Note: Photos and books were sourced from Netgalley in exchange for honest reviews.