The Prague Sonata by Bradford Morrow 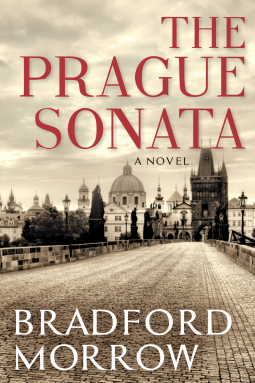 If you have been following my blog for a while, you would know that I am slightly obsessed with WWII narratives.  More recently, I  have been in search of the stories that span outside out of Germany other areas that were faced with Nazi occupation especially after reading Ruta Sepetys’ Lithuanian angle in Between Shades of Gray and Salt to the Sea. Also, I have been keen on finding out how people were able to rebuild their lives.

At the turn of the millennium,  a young musicologist Meta Taverner is bequeathed an original sonata manuscript by a Czech immigrant, whose dying wish is that the manuscript is returned to its original owner whom she has not met since they were separated by the Second World War as locating the missing parts of the three-movement piece.As she sets out to fulfil the lady’s dying wish as well as in the land of  Kafka and Dvorak, Meta has to deal with her own self-discovery.

Morrow provides the reader with snapshots of Czech history shifts back and forth in time from the from the First World War through the Velvet Revolution as well as glimpses of postwar London and immigrant America.  I was captivated with his descriptions of  Prague life that I was convinced to add it to my bucket list.

Though the book is more focused on Meta’s European adventures, the author does include multiple points of view of the main characters to drive the plot forward. The Prague Sonata was definitely a change of pace for me since over the last couple of months, I have been accustomed to reading less than 300 paged- YA historical fiction. Morrow’s work challenged me with its sophisticated language, vivid descriptions and constantly looking up historical events like the Velvet Revolution that I was not even aware of  (I was still in diapers then, so that could also explain it). Plus the book is 480-pager.

An appreciation for classical music, in general, would be a requirement for reading this book so that you can be able to flow with the dialogues. I am one of those people who actually to bring to life characters by imagining how they would say helps me to connect with characters or ‘to be omnipresent’ in the scenes. Unfortunately, I found myself glossing over some of those sections that I did not resonate with. I have to admit I normally brag about my (tiny)knowledge of the greats-Mozart, Bach Debussy and Beethoven but the references in this book had me my Google tab constantly open.

When  you pick up The Prague Sonata, be ready for a mysterious but musical adventure

Mini-Travel Guide to the Czech Republic

10 Fun Things You Must Do in Prague

Review originally published for NetGalley.  A digital reviewer’s copy was received in exchange for an honest review.